No Comments on Ethereum’s True Supply Finally CalculatedPosted in Digital currency By coinofferings.netPosted on August 11, 2020August 11, 2020

Cryptocurrency analytics firm Coin Metrics has taken a stab at determining Ethereum’s total circulation, a challenge that proved too difficult for Crypto Twitter.

According to Coin Metrics’ calculations, the second-largest blockchain had 112.1146 mln tokens in the wild as of Aug. 11. 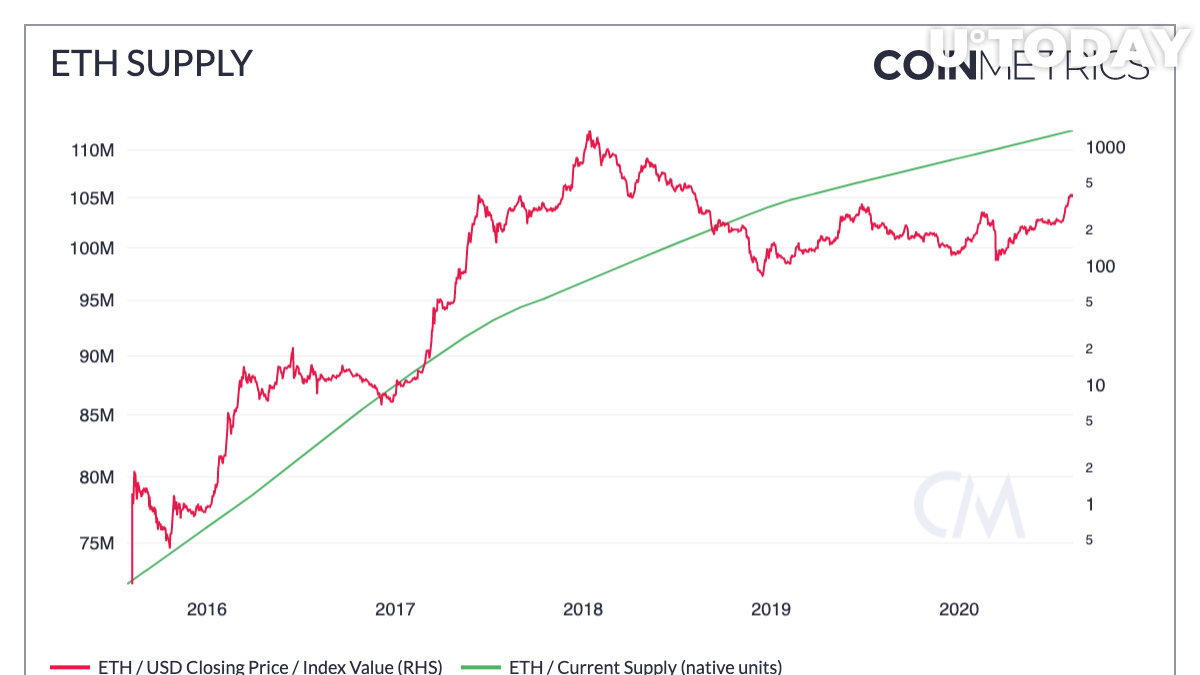 During a heated debate, it turned out that no one could actually figure out the quantity of ETH, with numerous block explorers and data providers all displaying different numbers.

As explained by Ethhub.io co-founder Anthony Sassano, the crux of the problem is that, unlike Bitcoin, Ethereum does not have a built-in function capable of easily querying the total supply of ETH:

With ETH, block explorers/data providers may write their own scripts to calculate this value, do naive math based on block rewards or just simply copy other providers.

The fact that Ethereum relies on an account-based model and features implicit ledger edits makes the task even trickier.

Ethereum has the most liquid supply

However, to discover the “true” supply of any given cryptocurrency asset, one has to take lost or burned coins out of the equation.

Coin Metrics achieves this with its “free float supply” methodology that was unveiled back in June.

Coin Metrics’ free float supply takes many of the best practices from traditional capital markets and applies them to cryptoassets to identify supply that is unlikely to be available to the market. In doing so, free float supply provides a better approximation of a cryptoasset’s liquidity and market capitalization.

Notably, Ethereum’s share of the total liquid supply is much higher than that of Bitcoin and Litecoin. 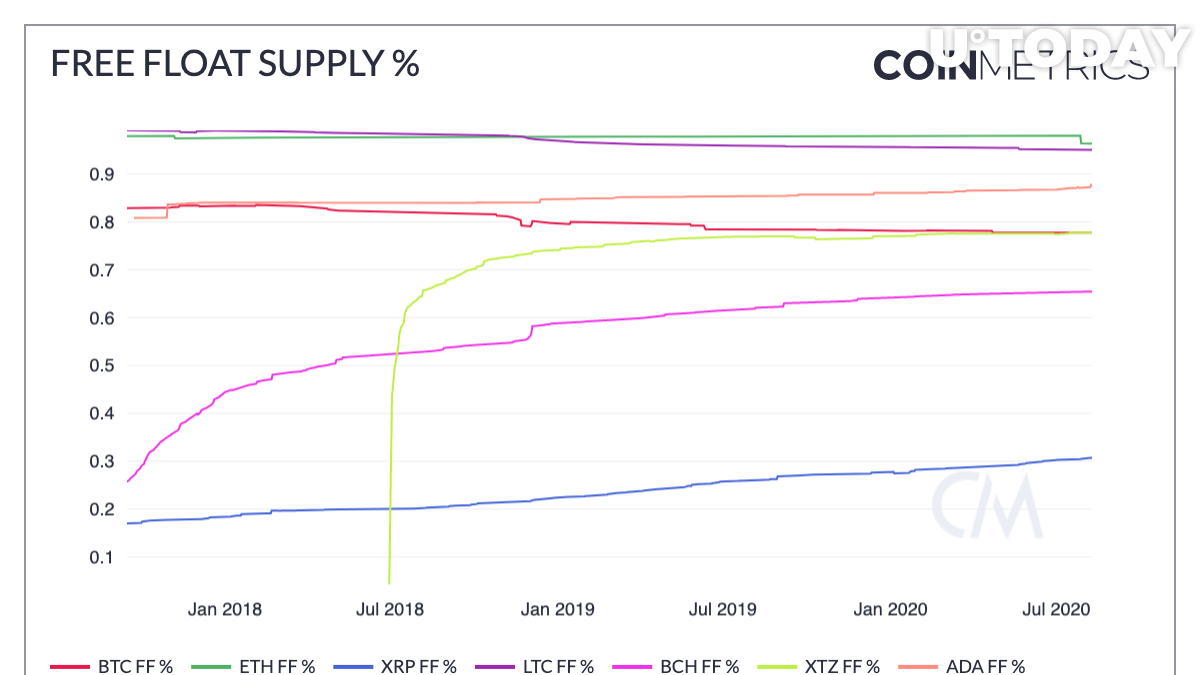 XRP, on the other hand, has the lowest percentage of free float supply, which is notably lower than is typically reported.